Bunker Alfa is one of several Army bunkers that can be found on the Global Map. It consists of a separate ground-floor level and three sublevel portions that can be accessed via passcode (obtainable from dead soldiers in resource areas or with CB Radio). The underground floors can be quite difficult to survive for lower-leveled players, and it is a good idea to bring decent armor and weapons to these floors.

Despite the risk, venturing into the bunker's lower levels can be quite lucrative for those who are capable of surviving its dangers. In addition to giving access to loot-filled reward chests, the bunker also offers a method of modifying firearms to make them stronger.

The outside area of the main level contains several Pine Trees and a lootable corpse with a half-used Glock 17 in its inventory. To gain entrance to the Bunker's interior, a CAC Card A is required for first-time access. After using the access card, this area will remain unlocked permanently.

Inside, there are no zombies but several lockers containing useful Items. These items on the main level do not reset. While this prevents returning for new loot, it allows the area to function as a storage location separate from the player's home. There are 7 separate lockers.

The sublevels portion of the Bunker functions differently from the ground floor. A unique code, which changes every day, is required for access to the underground. Once the terminal is activated, an entrance appears and a unique instance of the sublevels is created which lasts for 48 hours (from the time of opening) before reset. During this period, all progress is saved including enemies killed, items looted, and the corpse of the last player death. Upon reset, the sublevels can be revisited with a new code. All enemies will have respawned and items will be reset. Beginning with version 1.5.6, the primary method of obtaining valuable Items is via a Coupon exchange system.

On some devices, if you attempt to input the passcode into the bunker's terminal, you will receive the following error message: "It seems that the device needs more power." This means the device on which you are playing the game does not meet the minimum specifications to be able to handle the lower levels of the bunker. Although recent optimizations will reduce the number of players who see this message, for some people, it may be time for an upgrade!

To access the sublevels of the bunker, a passcode must be entered into the computer terminal in the main building on the ground floor. This passcode changes every day and must be manually entered every time the bunker resets (48 hours after it was last opened). The code is shared between all players on a particular operating system (Android and iOS users have different codes) and can be found in the following locations:

There are several features unique to the sublevel portion such as modified zombies, Turrets, the Coupon exchange system, and special objects/rooms.

The first sublevel serves as a "lobby" area and contains several features related to the lower areas of the bunker. A notable feature of this floor is the Coupon exchange terminals, which can be used to obtain loot-filled reward crates. There is also an Army Specialist who can be rescued at the end of the second sublevel and will return to the lobby and unlock the Overseer Room, where he will offer several benefits to the player.

Coupons for the reward terminals can be found on the corpses of defeated Creatures and from boxes/lockers in the bunker. Additionally, coupons have a low chance of being found outside the bunker. 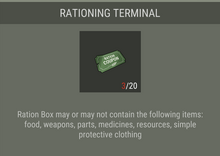 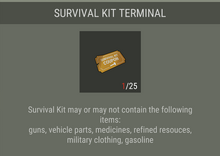 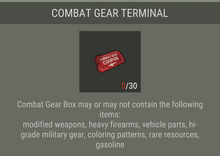 Notable features in Floor 2 include gas leaking from pipes (some of which can be shut off by a valve), gore areas, a terminal-controlled door, a turret, and Frenzied Giants, among other enemies.

Notable features in Floor 3 include an electrified fence, a gas chamber, gas leaking from pipes, a generator, a gore area, terminal-controlled doors and laser tripwire alarm, and a turret. Additionally, the Acid Bath blueprint is learned from a drafting table in one of the final rooms. 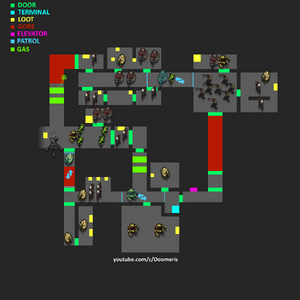 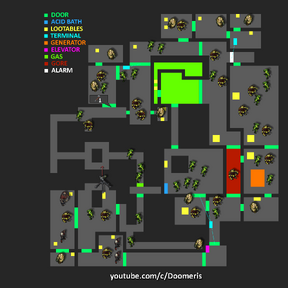 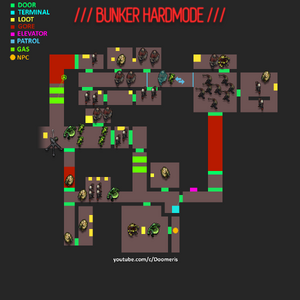 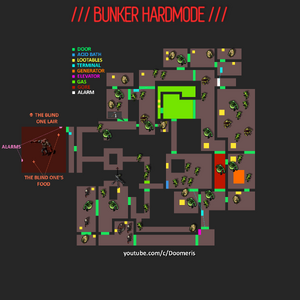 The red coupon glitch works perfectly for iOS since iOS saves 24/7, but on Android, you might lose your data, so use it at your own risk.